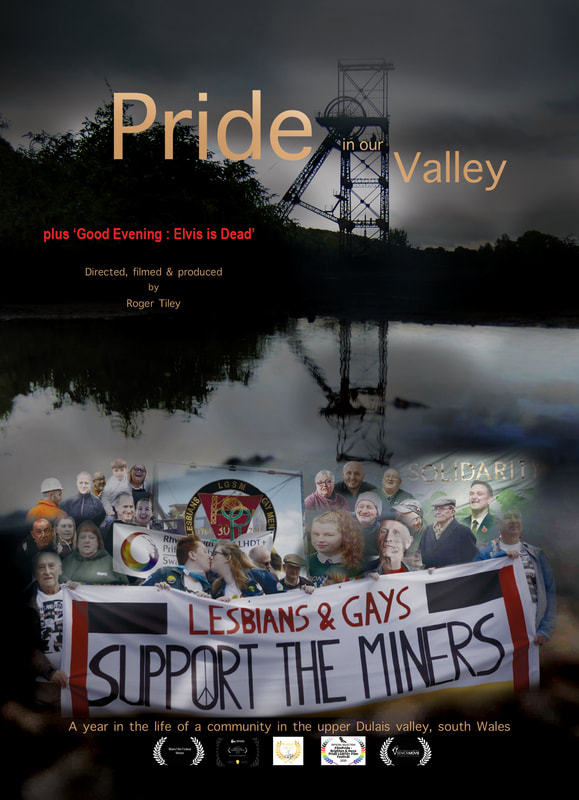 Pride in our Valley (approx 1 hour 53 minutes) follows a year in the life of the people living and working in the upper Dulais Valley, South Wales during 2018/19. From the rugby club, pony club and boxing gym, to the Onllwyn Miners Welfare Hall, which becomes the centre of activities for the Onllwyn Choir and the 4 Aces Country and Western society respectively.
During the 1984/85 miners' strike, Lesbians and Gays famously visited the area, traveling from London with donations to help striking miners and their families. They return thirty years later in 2015, and also in 2018, with a warm welcome awaiting them. The film captures solidarity and a long-lasting friendships from a close-knit community.
The film is humerous, showing some of the charachters within the community. But as coal is about to become a relic in the history books, a dark cloud lays over the community, though they will always stay strong and never give up.

Warm-up film : Featured on this DVD - Good Evening, Elvis is Dead. A short film (approx 10 minutes) showcasing the annual Elvis Festival in the seaside town of Porthcawl, South Wales. The festival is advertised as the largest in the world. Fans come from all over the UK and further afield to celebrate the life of Elvis Presley. Tribute acts sing the Elvis hits in the clubs on the sea front, whilst many fans dress in Elvis costume.

After DVD production costs, proceeds for this DVD will be donated to charity
Cost including shipping to Europe £19.95